You are here: Home1 / Blog2 / equal opportunity3 / Do you treat people differently or the same? 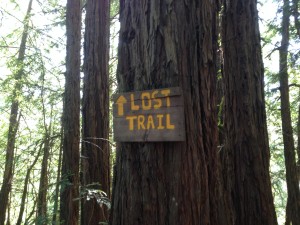 One of the challenges I faced when coming to understand issues of prejudice was: where is the line between the individual and the group? When I was studying engineering, the other women and I didn’t like to be singled out from the men and instead wanted to be treated ‘just like everybody else’ but at the same time would attend women in engineering events. So, is this hypocrisy? Where is the line? This then begs the question, as leaders, how do we treat others when diversity is at play?

The secret to answering a question like this, lies with evaluating the underlying power structures i.e who has influence over whom, directly or indirectly?

At the most basic level, we all want to be seen as individuals, without prejudice. I am a unique person with a unique experience of the world. I have been influenced by many different cultures (work, country, family etc) to varying extents and don’t like leaders to decide what is best for me based on on stereotypes. I want a leader to give me choice and/or ask my opinion if they don’t know me well. At the same time, we are a part of groups that often sit within a privilege priority order and it is important to acknowledge where we and other people sit within that artificially constructed model of importance. These are two distinct issues that are often mixed together.

For example, women are grossly under represented in the engineering profession. This means that on a systemic level it makes perfect sense for leaders to advocate and promote ‘women in engineering’ events because they go a small way to help support women continuing in the profession despite the obstacles. But at the individual level, women and men have the right to be treated as individuals without prejudice.

I remember having one University professor who was not used to teaching women and would get very flustered trying to make sure that he didn’t get himself in trouble by saying the wrong thing in front of us. Of course that only made matters worse because we felt singled out and would prefer that he simply saw us as human beings like everyone else in the room. Why would I be more offended because of my gender? If someone is being prejudice, then that is ultimately a problem for everybody. The irony was that his efforts to be more ‘gentlemanly’ made the situation feel like ‘there are the engineers [i.e. men]’ and ‘there are the women [ie not engineers]. And hence the group privilege order revealed itself.

Therefore it is not hypocrisy to both want to be seen as an individual and also reap the benefits of systems or events that re-balance the power for disadvantaged groups. Good leaders know that people want to be treated as a human beings foremost, i.e. with the same dignity and respect that we all deserve.  At the same time people want to have their diversity and difference recognised as something unique that they can bring to the table so that everybody can work together in coordinated cooperation. The equality movement ensures that systemic disadvantage takes care of groups and the diversity movement tries to ensure that we are respected for our individual diversity and uniqueness. Thus leaders can navigate the tension between individuals and groups when viewing the problem as two distinct issues.

Want to join the discussion?
Feel free to contribute!

Are You an Uneducated Bigot for Disliking Political Correctness? What is Effective Leadership?
Scroll to top